I chose ten current French male singers that seem, from my point of view, interesting in learning French. The different criteria for those French artist singers were that they are easy to understand and the signification of their texts. One more thing, they are mostly all established French artists or French bands with successful careers. I chose different styles of music from French rock to French dub and French rap.

Seems obvious for this French male artist, M is his stage name. His real name is Mathieu Chedid and the M stands for his first name Mathieu. He created a rock’n’roll character named M. You might not know it but his last name was the reason he went for a stage name. His dad, Louis Chedid, is a famous French musician and Mathieu Chedid did not want his success to being explained just because he was the son of a celebrity.

I went to his concert twice, and I was lucky the last time was for a special concert that reunited all his family members in Lyon. His dad is a musician but also his sister Émilie and his brother Joseph are musicians.

I would highly recommend you to go to one of his concerts, he is a real showman, he always goes to the mosh pit to play guitar, sing, or both. He sings mostly about being positive in life, there are a lot of good vibes in his texts and concerts.

A video of one of his hits “Machistador”

Spanish speakers might be really surprised but Manu Chao from his birth name José Manuel Tomás Arturo Chao is a French citizen born in 1961 in Paris to Spanish parents. His first success was in 1987 with his band named Mano Negra. After that, he decided to take an eight years break and wrote the excellent album Clandestino (1998). His songs are in Spanish, French, English, or a mix of the three.

Here again, he is excellent at live concerts, he puts so much energy into it, I love it. He might stay longer if the public asks for more songs. He stayed at least, two more hours when I went to his concert!

His texts are about inequalities in the world, corruption, and love. I recommend you listen to the album from 2007 “Radiolina”.

This is a French Dub music band that comes from my hometown Saint-Étienne. Those French singers are probably the most famous dub band in France. Dub Inc was founded in 1998, and some of his members got diverse origins and sing about politics, French society, and racism.

Like the two previous ones, they are fantastic for live concerts. They sing mostly in French and sometimes in Arabic or English. Their big hit is the French songs “Rude Boy” (Created before the Rihanna one’s 😉 ) but I prefer the next one.

He is born in 1974 in Mali and came to Paris at the age of five, he has French nationality. From this list, he is probably one of the best for text writing. I am a big fan of his songs, he has such a charismatic voice. By the way, he made a featuring with M in the song “Bal de Bakamako”

This French band from Bordeaux writes melancholic and beautiful French songs about life. To be honest, you shouldn’t listen to it when you feel depressed, it wouldn’t help 🙂 Their songs are like poems with electro sounds.

I have to be honest, I am not a big fan of this duo French rap group of two brothers from Toulouse. I have to admit that their texts are good, I like the fact that they are singing about life issues. Those French singers became famous in France by posting some videos on YouTube. It is funny, they look so young in the next video. I remember this freestyle was everywhere on Facebook back in 2011.

Since 2011, they are now two big stars in France and perform their concerts in stadiums. For the story, their dad is from Argentina and their mother has Algerian origins. Their French songs are perfect to be taught in a French class.

This French rap group comes from the city of Marseille. It is composed of the two singer leaders Akhenaton and Shurik’n. Those French musicians belong to the old-school French rap. Compared to most French rappers, IAM sings about life and the French ghetto with beautiful and well-written texts.

The complicated part in terms of understanding is their accent of Marseille which you can easily hear. Here my two favorite songs: (I could add “Petit frère” or “Je danse le Mia”). I enjoy the video of the French song “La fin de leur monde” which was a concert in Egypt in front of the pyramids of Gizeh to celebrate the twenty-year anniversary of the group.

This French song was a tribute to the saga Star Wars: “L’empire du côté obscur”

This talented French male artist became famous with the French song “La fête de trop”. I recommend you to listen to his album “Culte” released in 2018. Great French artist to learn French, he sings in a clear way with no accent. The texts are, here again, well written, and he sings with a great flow. I already wrote about this French male singer in this article: 10 French Music Artists that You Need to Listen to Now. You will learn more about him!

I had to select the Belgian artist for this list. Stromae was born in 1985 in the Belgium capital of Bruxelles. His real name is Paul Van Haver, and he is a singer-songwriter of Rwandan origin. He is producing, and writing his own songs showing all his enormous talent. He even created his own clothing line named “Mosaert”. For non-French speakers, his stage name Stromae is the verlan of Maestro. The song “Alors on danse” will be the song that will change his entire music career in 2009. The song quickly reached the top chart in Belgium, France, and Germany. In 2010, he released his album “Cheese” which will meet the same success as his first hit “Alors on danse” amongst the general audience. In 2013, he released the album “Racine Carré” where he evokes his missing dad with the beautiful song “Papaoutai”. This album is a masterpiece and all the songs are amazing. If I had to pick one it would be “ave cesaria” (a tribute to the singer Cesária Évora).

Thanks to this album he won the French awards for Best album of the year at the Victoires de la Musique. Then, he went on a world tour from 2013 until 2015 which tired him physically and mentally. He decided to take a long break before coming back in 2021 with a single “Santé” and an album in 2022.

Popular French artist from the south of France, born in the beautiful city of Alès. He is today famous amongst the French general audience. The road to success was linked with a fortunate situation (even more than any other French male artist from this list). Everything started for him back in 2007 at a music French TV show “La Nouvelle Star” on the French channel M6. The show casts potential artists all over France to discover the next big French star. When it was his turn to sing in front of the jury, they refused him to perform since he wanted to sing with his ukulele. The organizers convinced him to return and sing without his instrument. He finally managed to qualify himself for the next step before winning this edition and becoming the new star.

He had a productive career so far with the releases of five albums “Ersatz” in 2008, “Bichon” in 2011, “Love” in 2013, & in 2016 and “Aimé” in 2020. Besides being a singer, he also played for some productions! Recently, he played in the famous French series “Call My Agent” in the second season. Regarding his singing skills, he is stepping apart with his timbered, peaceful voice and his poetic lyrics. A lot of his songs are about the theme of love (super cliché for a French artist). I enjoy the songs “Paris-Seychelles”  or “Chou Wasabi” (featuring Micky Green) from the album “Love”. But his most emblematic song (to me) is “les limites” from the album “Ersatz”.

I hope you liked the original selection of French male singers that will help you to learn French through listening. Do you know some other French music artists? Let me know about it in the comment section 🙂 From now, you can discover other great French artists in my next articles: 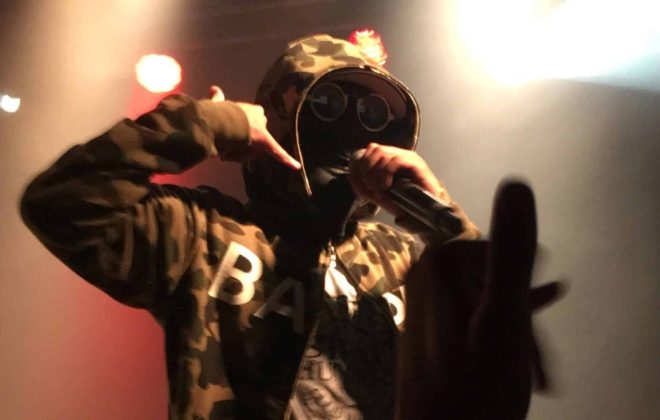 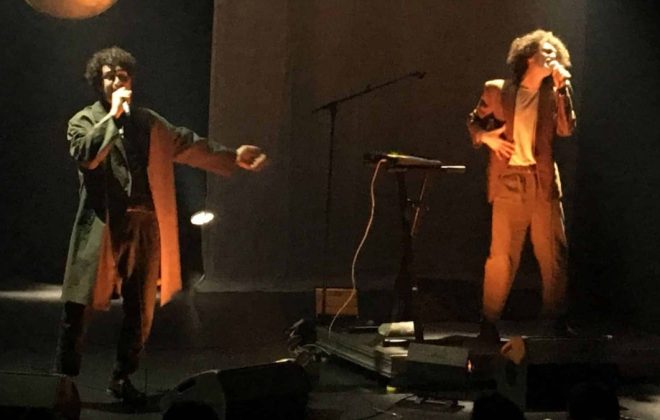