Here is a list of iconic old-school French rap artists. I have to say it was hard to make this selection but this is a personal selection for sure I could add many more French rap singers. Those artists are mostly coming from the era of old-school French rap in the ’90s and ’00s. I was listening to those songs when I was a kid and when the French radio Skyrock was a real rap radio and not a mainstream radio as nowadays. I have the album or the single for most of those songs on this list, I started to feel old by writing this article.

This is the French rap artist that I was listening to on my sound stereo while playing Lego as a kid. By looking at some information I’ve learned that he released an album in 2017 and I did not know about it, shame on me (and it is a good one). He was back after a break of 10 years, it was supposed to be a three or four years break when he became a father but time flies faster than he thought. Regarding the life of Mc Solaar, he was born in Dakar and his real name is Claude M’Barali. He moved to France and grew up in the suburbs of Paris. At a very young age, he started to be passionate about rap. It led him in 1990 to record his first singles, which would become hits such as “Bouge de là” or the superb “Caroline”. In 1991, his first album “Qui sème le vent récolte le tempo” sold 400,000 copies. His second album “Prose Combat” had similar success and reached nearly double the number of copies of the first one. The album that had a big impact on my musical taste was “Cinquième as” all the songs are iconic.

He loves literature and was inspired by older French artists like Serge Gainsbourg. I really enjoy this artist because he is singing about life issues and stories in a poetic way that prevails over writing about money or belittling women, topics that most rappers would sing about. This French rapper is completely down-to-earth and is perfect if you want to teach some French music. I selected the French rap song “Da Vince Claude”, a song still pretty actual talking about people believing that all the news are conspiracies.

This is an old-school French rap group composed of the two lead singers Akhenaton and Shurik’n that started in 1988. I wrote about this French rap group from Marseille in the article: 10 French Singers That are Perfect for Learning French. They have the same mindset as Mc Solaar writing about life’s problems. They are not superficial with texts about guns, money, and women. Long story short, they are pretty down-to-earth.

From their solo career, I enjoy listening to “Bad Boys de Marseille” from Akhenaton. On the other hand, I would recommend you to listen to “Samurai” from Shurik’n.

The old-school hip-hop group is composed of two emblematic French singers, Kool Shen and JoeyStarr who started in 1989. In terms of old-school French rap from Paris, this is the band representing his city the best. Actually, they are from Seine-Saint-Denis, a county next to Paris, well-known for being the most dangerous French county due to violence and drug traffic. Many artists or sportsmen came from this suburb, for example, the famous French football player Kylian Mbappé is from there.

There were two teams back in time either you were either a fan of IAM (my case) or Suprême NTM (or simply shortened to NTM). For your information, NTM is a vulgar French acronym, I am explaining it in this article: French Swear Words: Learn to Curse Like a Local! They went for such a controversial name to shock the French and to show their hate towards a society that they judged unequal for its lack of opportunities.

Both french rappers went for some solo projects. I would cite the beautiful French rap song of Kool Shen “Un ange dans le ciel”. This song is a tribute to Lady V, she was a dancer for NTM but also she was the partner of Kool Shen. The dancer passed away after a car accident in 2000.

The Fonky Family or the FF is a famous French rap band from the 00s from Marseille. This band is composed of seven French rappers with Pone, Don Choa, Sat l’Artificier, Le Rat Luciano, Menzo, Karima, DJ Djel, Fel. They definitely have marked the French rap with their great album “Art de rue” released in 2001.

An old-school French rap artist that I like to dislike. Booba nicknamed B2O or Le Duc de Boulogne originates from Boulogne Billancourt, a city next to Paris. I am a fan of his old songs but I never understood the character that he created. He promotes hate in French society, he is misogyny and superficial. He tried to create a street cred by going to jail in France when he is from a wealthy Parisian family and did his university in the USA, he is now living in Miami. I have to admit that you recognize his songs right away, he has a signature. He sings super slow and plays with the French language, it might sound a little bit dumb but maybe it is a sign of intelligence, I can’t tell. He released a new album in 2021 named “Ultra”, he is still active, still in the game.

My favorite albums from him so far are “Panthéon” (2004) and “Ouest Side” (2006) with the songs “Boulbi” and “Garde la pêche”. Booba loves to create some controversy to promote his music. It’s been some years, he used to be friends with the rapper Kaaris before entering into a hateful clash. Thanks to Booba, the Belgian artist Damso emerged on the rap scene with the collective of rappers 92i. Damso decided in 2018 to go to another record label. Since Booba is pretty salty from this choice and keeps sending comments on Damso’s social networks.

Don Choa is a member of the MC collective the Fonky Family from Marseille. I remember listening to the French hip-hop song “Dr. Hannibal” on repeat on the iconic French radio Skyrock.

French rap group composed of three friends Rim’K, AP, and Mokobé. Why the name 113? The name of the group is a reference to the number of the building where they spent their youth, in the cité Camille Groult at Vitry-sur-Seine, a southern suburb of Paris. In 2000, the 113 won two Victoires de la musique (French music award), not only they won the rap album of the year but also the revelation to the public. Indeed, their first album “Les Princes de la ville” in 1999 was a major popular success, double gold record in less than six months.

Besides this successful album, they released a song that has probably some strong resonance amongst the French with Maghrebian origins with “Tonton Du Bled ” where Rim’K is telling about his summer trips to his parents’ birth country, bringing back a lot of furniture, food on the roof of the car. They also have the honor to produce a song with one of the members of Daft Punk, Thomas Bangalter “113 fout la merde”.

Sniper is a French hip-hop band formed in 1997 composed Tunisiano, Blacko, Aketo, and DJ Boudj (ex-member 1997 to 2004). I apologize in advance for all the drunk French you will meet that are going to put on the song “Gravé dans la roche” during a party. It is an emblematic old-school French rap song that most French would know. Sniper was a rap group with a goal to point out the country’s ills like racial and social discrimination. Recently, they split up in 2019 after one of the founder members Blacko left the group.

Diam’s is the only woman from this list of old-school French rap artists. The French rap scene is still mostly a male industry in France. Diam’s was a precursor in that way, and she was a real phenomenon. Fun fact, she was born in Cyprus to a Cyprus dad and a French mother, she ended up growing up in the suburbs of Paris. Her third album “Dans ma bulle” released in 2006 took over the French music scene. From this album, there were many successful songs such as the songs “La boulette”, “Jeune demoiselle”, “Big up” and “Confession nocturne”. Actually, I have to mention the excellent parody of “Confession nocturne” made by Michael Youn (Kind of a mix in between Jackass and Alfred Matthew Yankovic), you can watch it after watching the original music clip.

In 2012, after the release of her first book, “Autobiography,” the Cypriot rapper Melanie Georgiades (her real name), announced the end of her career. In 2020, she came back commenting on the end of her music career with a message on Instagram:  “I had lost interest in the business after winning everything in the music business but also losing everything humanly. “

Weirdly, I discovered his hip-hop songs pretty recently. Doc Gyneco is a French reggae/ hip-hop/rap artist with Guadeloupean origins. Bruno Beausir (his real name) grew up in the 18th district of Paris where he wrote a tribute to it with the song “Dans ma rue”. His music career was short but intense. He released a total of four albums but I guess only the first one “Première consultation” had a commercial impact on the French rap scene. This album was controversial due to very sex-oriented texts. He ended up working as a TV guest on the TV show “On ne peut pas plaire à tout les monde” in the 00s. His last album was released in 2018 but had no echoes in the music scene.

Mafia K’1 Fry is a hardcore French rap collective that reunited with some famous artists for Val-de-Marne. We can count artists and groups like Manu Key, Kery James, Karlito, Intouchable, Rohff, and the 113. The name of the collective is pronounced Mafia Cainfri, Cainfri is the verlan version of the French word Africain (African).

I could add in this list many other old-school French rap artists as:

French rap started back in the 90s with groups that became nowadays iconic as IAM for Marseille or NTM for Paris. A strange fact, there is an absence of old-school French rap artists coming from one of the major French cities: Lyon. Thanks to the time many new genres emerge on the French rap scene and the choice of styles is more diverse today. Now I invite you to read my blog posts about modern French rap: 10 Current French Rappers That You Should Listen to Now.

You can find some of those songs in my Spotify playlist: 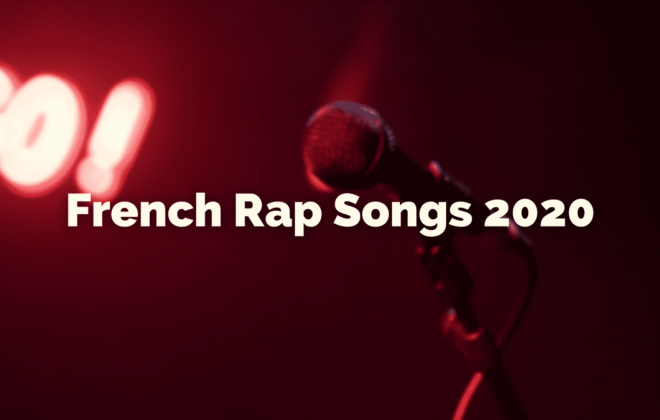