For this article, I decided to select my eight best French movies on Netflix. To be honest, Netflix is not the platform that offers the best in terms of French movies and I had trouble finding some good French movies. Probably Amazon Prime is better, and the best without any doubt is the French platform of Canal Plus (Not operating in the US or the UK I guess). I will try to keep this list updated since some movies can be removed from the platform. By watching those French movies you will be able to practice your French comprehension and learn some French slang. One more information, it seems that Netflix produced most of its French movies about the French ghetto. Finally, you can find the trailer of each movie where there is no trailer appearing by clicking on the title. Let’s start the list of French movies on Netflix!

After the successful web series “En passant pécho” broadcasted on Youtube, the two leading actors of this one tried the crazy bet of a feature film adaptation thanks to the support of Netflix.

Synopsis: Hedi and Cokeman are the two worst drug dealers in Paris. Small-time hustlers, they survive by passing off carambars (french candy) as bars of pot. Tired of this way of life, their daily life is going to become clearer when Zlatana, Hedi’s little sister, gets married to a big drug baron: Arsène Van Gluten. The latter, under the pressure of his new wife, will provide them with several kilos of Mojo Mango, cannabis of very firsthand. Hedi and Cokeman finally have the opportunity to open their own network. Convinced that this means the end of their problems, they don’t know that this is only the beginning.

It is a French action film, something very rare in the French cinematographic landscape. It features the French actor Ramzy Bédia, known for his roles in “La Tour Montparnasse infernale” or the legendary comedy series “H”. It also features the excellent Stefi Celma, who plays in the series “Call My Agent!”.

Synopsis: Lino, a mechanical genius, is known for his ram cars until the day he is arrested for a robbery that goes wrong. Spotted by the head of a crack unit of cops, he is offered a deal to avoid prison. Nine months later, Lino has more than proven himself. But suddenly he is wrongly accused of murder and has no choice but to find the only proof of his innocence: the bullet from the crime, trapped in a missing car.

French movie on Netflix that is about an actual topic, the war in the Middle East and the mental state of the returning French soldiers. It was produced by a talented French director Julien Julien Leclerq who decided to create a French action/thriller movie.

Synopsis: Trained in combat and back in France, a soldier in need of guidance declares war on her sister’s abuser.

A documentary about two mainstream French brothers and rappers from Toulouse. Bigflo & Oli are super popular in France. If you’ve been living in France, it is likely that you listen to one of their songs. By the way, I wrote about them in this article: 10 French Singers That are Perfect for Learning French.

Synopsis: In this intimate documentary, take a behind-the-scenes look at the French rap group Bigflo and Oli, and join the two brothers on a grand tour.

From this list of French movies on Netflix, Divines is the movie that received the most awards, winning a prize at the Festival de Cannes and getting three prizes at the Césars (The French Oscar).

Synopsis: In a ghetto where illegal activities and religions are everywhere, Dounia is thirsty for power and success. Supported by Maimouna, her best friend, she decides to follow Rebecca, a respected drug dealer.

A movie produced by the talented and polemical French rapper Kerry James.

Synopsis: This movie is about three brothers from a suburb of the Paris region. Soulaymaan, a student lawyer in Paris, passed his studies. Demba, the eldest, is linked with drug traffic and the street. Their little brother Noumouké, 15 years old, is still looking for his way and has to choose which of his two older brothers he wants to be like.

A simple French comedy that reverses the role of women and men.

Synopsis: The story is about Damien who one day wakes up in a world where women and men have reversed their roles in society.

This is a documentary about the famous French football player Antoine Grizemann that manages to become the World champion in 2018. I recommend this documentary to any Football / Soccer fan!

Synopsis: With determination, Antoine Griezmann overcame the difficulties to rise to the top and become one of the best footballers in the world. 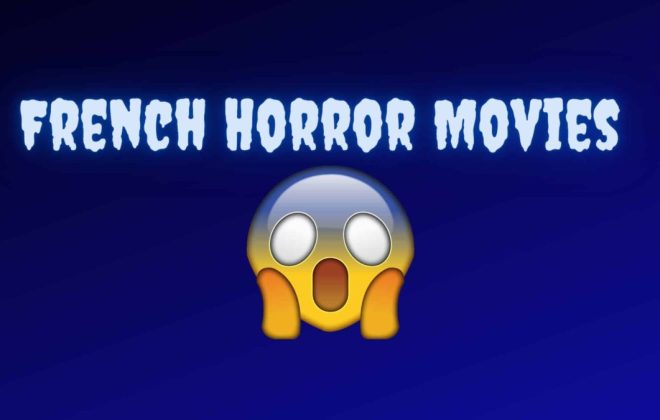