It is the end of the year, which means it is time for a recap of the French rap scene. Find my personal selection of the best French rap songs of 2021. I tried to make a mix between commercial rap and emerging rappers that I discovered this year. By the way, I made another music selection for 2021: Top 7 French Songs of 2021.

OrelSan is finally back four years later to the French rap scene with an album named “Civilisation” but not his best so far (my favorite is “Le chant des sirènes” released in 2011). This album is divided by two with a dark side and the other is softer and more oriented around his love for his girlfriend and his rap partner Gringe. “L’odeur de l’essence” (= the smell of gas) is THE French rap song of 2021, it is drawing a dark vision of French society where everything is ready to explode. He criticizes the polarization of the public debate (the fact that everybody is offended by every topic), police violence, climate change, or the selfishness of society. The conclusion is that we are all fighting in a “plane” that is going to crash. The video clip is a high-quality one, super visual. Accompanied by the great music flow produced by the beatmakers Skread and Phazz. If you like this song, I recommend you to listen to an old one “Sucide social” (2011).

The famous French rapper from Marseille released a new album this year “JVLIVS II” and “Marché Noir” was the first song released. In this song, he played as a gangster (with the rapper Kofs) in a cinematographic tenebrous atmosphere taking place in between the Strait of Gibraltar and the Marseille harbor in the video clip in the form of a short film. This French rap song of 2021 has the particularity of not having a chorus and is accompanied by a spellbinding flute.

Discovery of 2021, Slimka is emerging.. Swiss rapper (but still he is a French speaker). The first time that I am listening to a rapper from Geneva and this is a good surprise! The second surprise, this is his fourth album already. “Cassim Sall” is a title from his album “Tunnel Vision”, in which he shows his love for women in general and more particularly his mother. Fun fact, the rapper went to a clothing design school and did some modeling. That’s why he always releases special merchandising for each of his albums. For the last one, he collaborated with a French designer living in England named “La Maskarade”. A short time later (after the release of the album) the collection was sold-out pretty quickly.

The Parisian rapper released many singles this year and two albums “Kekra” and “arkeK” (written upside down). This year I enjoy the French rap songs “Phénomène”, “Ready”, “Dans l’dos” and the title “Hokuto” available on the second album. In March, he did an original live session at the Défense, a financial district next to Paris (located in the west of Paris and where Kekra grew up) at the top of a tower playing some titles of the album “arkeK”.  I am glad because Kekra is back with rhythmic songs and fast flow. He tends to change his style from one album to another and those last albums remind me of his first amazing tracks as “9 Mili” or “Tout Seul”.

Laylow, rapper from Toulouse, released the album “L’Étrange Histoire de Mr.Anderson” in 2021. He had the privilege to do a feature with the famous French rapper Nekfeu and the New York soul artist Fousheé. The French rap song of 2021 “SPECIAL”  is a beautiful tribute to the rapper Népal that passed away in 2019. This song played on a relaxing instrumental reminds me of the track “Deviens génial” (=become awesome) from the rapper VALD. Laylow always gives importance to his video clips and the clip of “SPECIAL” does not break the rule with a violent clip contrasting with peaceful lyrics. Fun fact, at the beginning of December 2021 he announced a concert in March 2022 at the Accor Arena in Paris. Result? The concert was sold out with 14 000 tickets sold in less than eight hours.

One of my favorite French rappers managed to keep his incredible creative rhythm, as usual, with the release of three albums. You will need to like the auto-tune to enjoy listening to this artist from Marseille. After releasing THE French rap song of 2020 “Bande organisée”, regrouping all the Marseille French rap scene together, he managed to create a big collaboration between Parisian and Marseillais rappers on one track “Légendaire”. I enjoyed the songs “John” or “Pic et pic, alcool et drame” from the album “Demain ça ira” and “Toda la noche” featuring the rappers Naps and the Spanish one Morad (with some Spanish lyrics and perfect for dancing) from the album “Indépendance”. But my favorite one so far is “Ma Casio”, which is about him getting arrested by the police. In 2021, Jul is still singing about friendship, love stories, and partying.

MC Solaar is not an emerging French rapper. He belongs to the old-school French rap (article about it) but he is still active. He released his first album in 1991! This album is actually a re-edition of two old albums “Paradisiaque” and “Mc Solaar ” released in 1997 and 1998. Even though the song “Paradisiaque” is the most popular song on the album “Paradisiaque / Mc Solaar” I prefer the track “Protège-tibia” or “Gangster moderne”. This last album is quite important with a total of two CDs and twenty-seven tracks.

Another discovery of 2021, I would say that Bekar inspired himself for the production from the artist Jul (especially with the bells). But still, I really like the production that will push you to move your head while listening to this French rap song of 2021. Behind the excellent prod, there is the beatmaker Lucci and his label NorthFace Records. One point that is not usual, this artist is from the northern French city of Lille (most French rappers are either from Paris or Marseille). “Fenêtre sur mer” (=window on the sea) is an ode to freedom, it expresses the desire to see new horizons and to run away.

The famous Belgian rapper released an album in 2021 “QALF infinity” with the same style, fast flow, and powerful lyrics. The production with the fast tempo and the trap style plus the meaningful lyrics end up creating this beautiful and well-made album from Damso. This is definitely a completed project and numbers do not lie, the album was the most-streamed one in France in 2021 on Spotify. I have to admit I went for the most popular rap song from this last album but I also enjoy the song “Ψ.PASSION”. The saxophone plus the piano at the end of “Σ.MOROSE“ took the song to another level. Besides his album, Damso collaborated with another Belgian artist, Angèle with the song “Démons” at the end of 2021.

Even though it is a French rap song of 2021, the style is more similar to the ones from the beginning of 2000. The Parisian artist with Russian origin (explaining his stage name) is rapping about his life and his drinking problem destroying his life, it is pretty dark. This song but also all of his songs are well made with catchy lyrics.

To conclude, here is the list! Did you discover some French rappers? Please comment on this blog post to let me know about your favorite French rap song of 2021.  I did not mention any French drill rap songs, it seems it is a big trend but it is not my thing. I also did not mention some emerging artists such as Khali or La Fève. If you want to have a better understanding of French slang, I wrote an article about it. Finally, here are some previous articles about French rap : 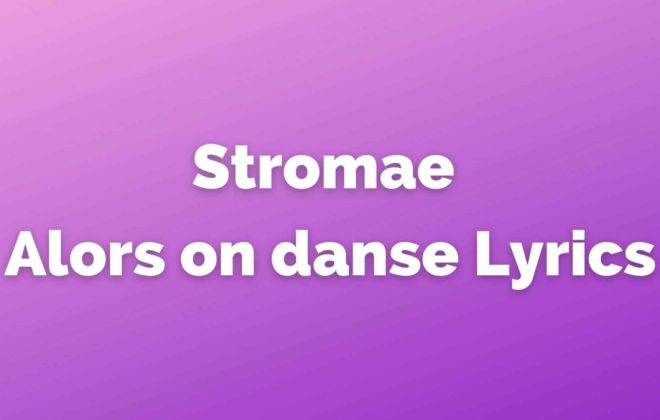