Not included with US prime, but is available for purchase or watch with a subscription. Has English subtitles.

French series produced by the famous French channel Canal Plus. The fun fact, it was created by Olivier Marchal, a former cop who became a director of cop movies and therefore also of cop series. It is a cop French series taking place in Paris.

The setup, the universe, and the characters are dark, from their personalities to the light and their clothes. This show has only four seasons, the producers wanted to leave the show at its top and not produce one season that will disappoint the fans. For the English speakers of French Iceberg, this series received a grade of 8/10 on IMDb, not bad at all.

Synopsis: A group of field cops at the SDPJ 92 intervenes throughout the Hauts-de-Seine county (Next to Paris), between uptown and lawless areas.

Not available anymore for US prime.

Another French series was produced by the French channel Canal Plus. To make a simple comparison, this is the French House of Cards. You can find the famous comedian Kad Merad that is playing the main character in this serious/political series. We are normally used to seeing him playing in French comedy movies like one of the biggest ones in Welcome to the Sticks (Bienvenu chez les Ch’tis).

In the end, he is realizing a high performance acting for this role. He managed in 2017 to be nominated for the International Emmy Award for Best Performance by an Actor!

Synopsis: The political and judicial epic of Philippe Rickwaert, Member of Parliament and mayor of the North, driven by an irrepressible thirst for social revenge. During the between-two rounds of the presidential elections, his political future collapses when his mentor, the left-wing candidate, sacrifices him to save his election.

French series with a total of seven seasons. This series is superb historical fiction based on solid documentation about WW2. The atmosphere, the costumes, the sets, everything sounds so true and right, so terribly accurate. An excellent reenactment.

Synopsis: In 1940, a fictitious village in the Jura is worried about the arrival of the German army. The series follows the fate of its inhabitants, their faults, and their secrets.

In short, it is an immersion in the inside of the Paris courthouse, following a Judicial Police brigade, an investigating judge, a prosecutor, and a pair of lawyers. Weapons trafficking, drug dealers, serial killers, Eastern European prostitutes, we are here in a very classic set up. But the plots are good enough to keep us on tenterhooks until the end. And since we are in France, some cases have the merit of showing us how is working the criminal procedure.

Synopsis: The discovery of the body of a young girl in a dumpster will lead a deputy prosecutor to expose how is working the French justice.

Not available anymore for US prime. Can watch with sundance now subscription. Doesn’t mention subtitles.

French series produced by (drum roll) Canal Plus! The controversial French actor Mathieu Kassovitz is playing the main role. For your information, he is the one that produced French movies like “Les rivières pourpres” (2000) or “La Haine”(1995).

This is the French Homeland if I might make this simple comparison. The show takes place in the heart of the Parisian offices of the DGSE (French Intelligence services). The set up of the offices has been reproduced identically, from the tables to the wallpapers on the computers. This French series has its charm, it is neat, clean, thoughtful, and a successful series.

Synopsis: The Bureau of Legends directs the clandestine, the most important agents of the French intelligence services. After six years in Damascus, our hero is promoted and goes back to his real life. But contrary to the regulations, he seems not to give up the identity under which he lived in Syria.

French series that has only two seasons and produced by Canal Plus and filmed in the beautiful county of Haut-Savoie in the French Alps around the city of Annecy. This show is the definition of quality over quantity. The USA did an American version of the French TV shows but from what I’ve been reading, it does not equal the original French version.

To love Les Revenants, you have to love contemplative and poetic works with a disturbing atmosphere, gentle ghosts, and insoluble enigmas.

Synopsis: On the same day, several people are looking to go home. These people do not yet know that they have been dead for several years.

7 – ORELSAN: Don’t ever show this to anyone

In France, everybody knows the French rapper Orelsan. But at what cost did he manage to make it to the top? Aurélien Cotentin, went through money problems, and national controversy to succeed. This is an incredible and unique Prime Original documentary that you need to watch!

Synopsis: Clément Cotentin, his little brother decided when there were teenagers to record with his camera everything from his brother and his friends for twenty years. He was persuaded that his brother will accomplish something big in his life. This documentary series revisits the path taken by Orelsan since his debut, through an intimate immersion in the backstage of his life, told and filmed for the most part by his brother Clément. Through numerous personal archives kept by Clément, this documentary reveals the rise of the artist filmed. We find his close friends such as Skread (talented song producer), Ablaye (producer), Gringe (French rapper), and some members of his family.

Did you know all of those French series on Amazon Prime? If you discover a French series that is not on this list, feel free to share it in the comment section! I will try to keep this list updated 🙂 Are you looking for more French series? Take a look at my article about: 20 French Series on Netflix to Binge-Watch.

The 20 French Series on Netflix to Binge-Watch Now 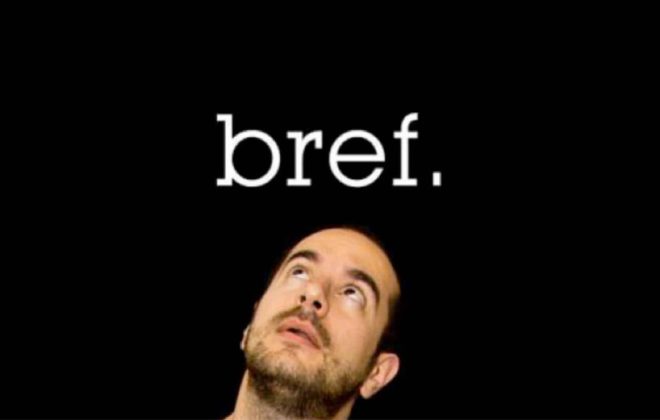