I tried to gather some fun facts about my country France that are going (I hope) to surprise you! Those original facts are about geography, consumption, culture, and other random subjects. Let’s start this list of fun facts about France:

Wait? What? You did not expect such a “small” country to be second. I recommend you to read my article about the nicknames of France, there is one section about the overseas territories.

France comes second with 11 035 000 km2 after the USA and its 11 351 000km2. The country has that much territory because of its history of colonialism. Some territories and especially islands are still the territory of France.

You did not see that fun fact about France coming? France is the country of gastronomy most of the best chefs are from France like Paul Bocuse but it is actually the second market after the USA for McDonald’s.

When McDonald’s came to France in 1972 they decided to give carte blanche to the people in charge of the business development. The main decisions were to make American fast food less visible in the French street by using less flashy colors switching from red to dark green. Another decision was to give a higher standard in terms of furniture inside the fast-food to give a better image in terms of quality.

Fun fact #3 – More French speakers in Africa than in Europe

They are more French speakers in the African continent than in Europe. This fact is simply explained by the fact that the French colonized a lot of African territories.

Today there are twenty-one African countries speaking the French language and Africa gathers a total of 48% of the total number of French speakers versus 45% in Europe. You can learn more about the French language in the world by reading my article.

Fun fact #4 – The biggest land border is with Brazil!

You did not know about French Guiana? Have a look on the map where it is 🙂

The inventor of the roundabout is the urban architect Eugène Henard (1849-1923). The first best-known roundabout was Place de l’Etoile in 1906 (Arc de Triomphe).

France loves the Japanese culture and the country is the second-biggest consumer of anime in the world ahead of the USA, Germany, and South Korea.

In 2017, they were 16,6 million manga books sold in France, representing 38% of the cartoon market in France. Meaning 1 out of 3 cartoons sold in France is a manga.

98% of the cognac production is exported, meaning the French are not consuming their beverage, this is one of the coll fun facts about France. The Cognac became popular in the USA thanks to the rap musicians in the 90s.

Lots of American rappers mentioned the alcohol in their songs like Puff Daddy or 50 Cent. This song of Busta Rythmes “Pass the Courvoicier” Courvoisier is one of the biggest brands as Hennessy, Martell, and Rémy Martin. The biggest buyers of this delicious alcoholic beverage are the USA and the Asian continent. French definitely prefer liquors like the pastis, you can read my article about it: Pastis: A Popular Drink of Southern France.

Not in Hollywood take that the USA 🙂 The first time people had to pay to enter a dark room to watch a movie happened in the third-biggest French city you named it, Lyon. The two brothers Lumière (Auguste and Louis) invented the cinema. They shot some films in 1894 and projected them the 13th of February 1895, after the first projection Louis said something smart 🤣

Cinema is an invention with no future

For your information, this the first movie of the history shot in Ciotat next by Marseille

The French army started using pigeons in 1870. On the fortress of Mont Valérien, which overlooks Paris, an old tradition continues military pigeon breeding. It is the only European country to maintain pigeon breeding.

Even though the French army has not used carrier pigeons since the 1960s, it continues to maintain a military dovecote, the last in Europe. The 200 birds are always ready to transmit army messages, particularly in the event of the destruction of telecommunications infrastructure.

Fun fact #10 – The Biggest Pizza consumer in the World

France is the biggest pizza consumer in the world tied with (drum roll) in the USA in 2015. France consumed 818 million pizzas (from the study of Gira Conseil). Unfortunately, I couldn’t find the numbers for the last few years.

You will be surprised by the number of pizza restaurants you could see in the street of France. Some reasons might explain the love for pizza from the French. First, Italy is our neighbor and second many Italians immigrated in the last decades to France.

I hope that the selection of fun facts about France surprises you! Do you know other original facts about France? Let me know in the comment section 🙂 Are you curious about the Tour de France and fun facts? Read my article about it.

10 Nicknames for France that You Probably Did not Know 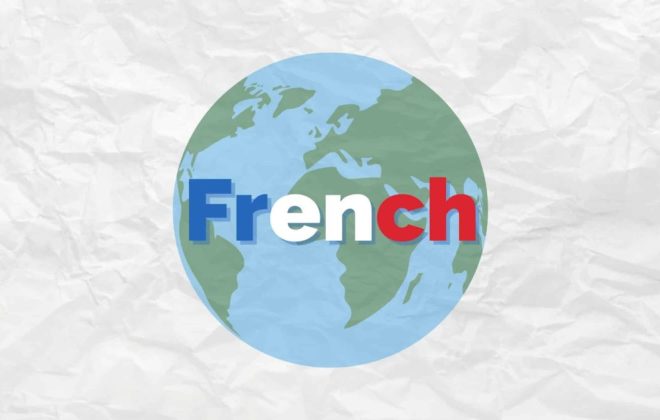