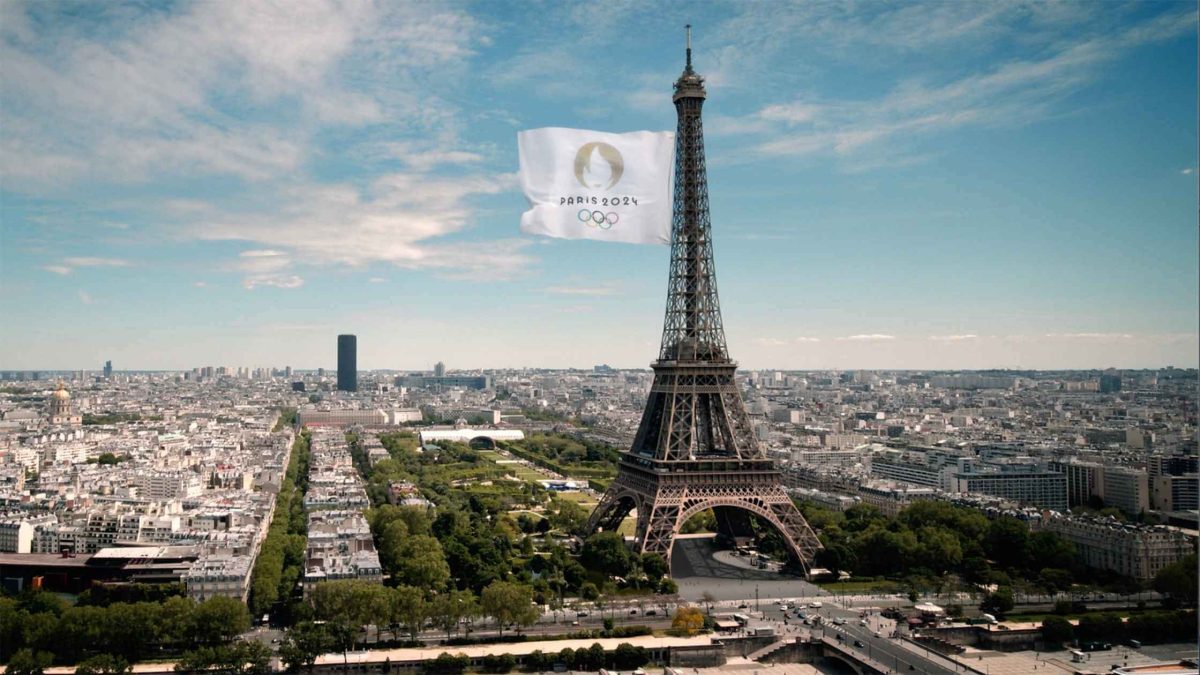 For the opening and closing ceremony, Tony Estanguet, the president of the Organizing Committee of the Olympic and Paralympic Games (Cojop) of Paris 2024 uses words like “grandiose” and “majestic”. The innovation for this edition is the wish that a part of the event is made in the city as the opening and closing ceremony on the river Seine. This desire aims to highlight the heritage and to offer a wide ticketing offer to the public. French Iceberg has gathered ten interesting facts that you should know about the 2024 Paris summer Olympics games which will start on Friday, July 26, 2024, and will end on Sunday, August 11, 2024.

1 – An incredible opening ceremony on the Seine River

For the first time in the Summer Olympics, a ceremony will take place outside the stadium. The innovation for this edition is the wish that a part of the event will take place in the city as the opening ceremony, on the river Seine. This desire aims to highlight the heritage and to offer a wide ticketing offer to the public. The organizers plan to have more than 600,000 spectators over the different bridges and on the river banks. It will spread over six kilometers (around 3,7 miles) starting from Austerlitz Bridge to Iéna Bridge, next to the Eiffel Tower. The journey will end in front of Trocadero Square, where the final shows and ceremonies will take place.

The 2024 Olympics will mark the third time Paris has hosted the Summer Games. So far, only London has reached the number of three Olympic Games organizations. In addition, France as the host country, will be at six organizations. The country has hosted the Summer Games in 1900 and 1924, both held in Paris, as well as the Winter Games in 1924 (Chamonix), 1968 (Grenoble) and 1992 (Albertville). To make it happen, there was the “Olympic twinning” agreement between the International Olympic Committee (IOC), Paris 2024 and Los Angeles 2028. It was ratified on September 13, 2017, in the Peruvian capital Lima. The historic compromise sees the two cities join London as three-time hosts of the Summer Games, with Paris expressing its desire to go first and celebrate the 100th anniversary of its last Olympic Games in 1924. LA obtains the certainty to have Games without competition of bidding.

3 – The artist from Lyon, Woodkid has composed a track for the handover for the 2024 Paris summer Olympics

Woodkid, one of France’s trending artists in France and abroad, has added a special date to his international tour in August 2021 to celebrate the handover ceremony from the Tokyo 2020 Olympic Games to Paris 2024. In the presence of three-time Olympic champion and International Olympic Committee member Tony Estanguet (as well as the president of Paris 2024), and medalists returning from the Tokyo 2020 Games, Woodkid performed a free concert in Paris at the Trocadero. For the event, the French artist composed original music named “Prologue” for which he watched hours of recordings of sports competitions to find inspiration. This music was composed with the National Orchestra of France and the Choir of Radio France.

The old logo of the Eiffel Tower mixed with the number 24, which was globally appreciated, was replaced on October 21, 2019. The Eiffel Tower was probably the best symbol to represent France abroad (see the logo of French Iceberg). The new logo now combines different representations: a gold medal, a flame, the Marianne. Marianne is a version of the ’20s which is an obvious nod to the Olympic Games of the 20s in 1924. She is the symbol of the French Republic and embodies the French values of liberty, equality, and fraternity. Everything seems perfect to represent France in terms of history and values. However, criticism quickly surfaced on Twitter, with many pointing out Marianne’s similarity to the popular meme in the United States “Karen.” On the French side, some found the logo to be quite similar to that of the dating app Tinder, or to that of the far-right FN party (which features a flame). Some even had fun turning it into the logo of a hairdresser.

As soon as it was confirmed that the city of Paris will host the 2024 Olympic Games, many people asked questions about the city’s economic life: will this responsibility be an opportunity or the opposite? This event will be an opportunity to modernize the city, knowing that the athletes will be housed in certain infrastructure like the Olympic Park. The 2024 Olympics should also generate 150,000 new jobs, not to mention that merchants and hotels will benefit from strong tourist revenues. Between 15 and 20 million visitors are expected and an estimated 3.5 billion euros in revenues.

Although the total budget to ensure the smooth running of this event is now estimated at 7.3 billion euros (against 6.8 billion at the beginning). Anne Hidalgo, mayor of Paris, stressed that the infrastructure is almost complete and that half of this budget will be provided by the ticketing (1.1 billion) and the IOC (1.5 billion). Compared to the budget of the Olympic Games of Tokyo 2020 which were of 15,4 billion dollars, some qualified the budget of Paris 2024 of low-cost by being under the bar of 10 billion euros. The construction of buildings that will be reused after the Olympics and the existing infrastructure (95% of the equipment planned for the Games are already built) would reduce the overall bill. The persons in charge thus plan to build “only” an aquatic center, a covered arena, and an Olympic village.

Wherever a city improves, gentrification is sure to follow. Some Parisians and residents of Saint-Denis (a city north of Paris notorious for its crime), such as members of the group No to the 2024 Olympics in Paris (Non aux JO 2024 à Paris), say that the games will fuel real estate speculation in this multicultural and affordable neighborhood. For the non-French, the city is home to the Stade de France, a stadium built for the 1998 soccer World Cup and which will be used for the Paris 2024 Olympics. The Olympic Village, as well as the Aquatic Center, will be built on this county bordering Paris. The group declares that the Games only accelerate the Grand Paris, which they consider as “anti-democratic and anti-ecological” while privatizing the public space and diverting the public budgets. The group’s main problem with the Games is that the citizens of Paris and Saint-Denis were never given the opportunity to vote in a referendum. There was also a softening of the rules of town planning, these exemptions will allow the construction of important real estate projects.

Part of the money invested in the games was earmarked for the completion of the Grand Paris Express, a system of new metro lines considered to be the most ambitious transportation project in Europe. The new metro lines would connect the suburbs to the city and facilitate access to airports and other critical points. However, the project will not be completed in time for the games, raising the question of the impact it will have on existing metro lines and car travel.

Four weeks after the closing of the 2020 Olympics, Tokyo passes the torch to Paris, marked by a handover party in the French City. For this unique event, the astronaut Thomas Pesquet has reserved a nice surprise to the French organizers by playing a saxophone solo, including the Marseillaise, from space and the international space station.

10 – Olympic surfing events to be held in Tahiti

The International Olympic Committee has approved the wish of the organizers of sending surfing competitions to more than 15,000 kilometers (9,000 miles), more exactly 15,706 km according to Google. It is French Polynesia in the Pacific, the organizers preferred this location to the French Atlantic coast. It should not be forgotten that France has one of the largest marine areas in the world and it is undoubtedly a wish to highlight this beautiful French region. The organizers indicated on their Twitter account that they had chosen the township of Teahupo’o, on the southwest coast of the island of French Polynesia. The tweet was accompanied by a photo of the imposing glassy waves for which Teahupo’o is famous.

Paris will be the host of the next Games and they will be held from July 26 to August 11, 2024. Full of novelties for these Games which will see, for example, for the first time of the competitions of breakdancing, sports climbing, skate, and surfing. Because of the global pandemic, the Olympic cycle will be shortened to three years instead of the usual four. Although some facts have created controversy, citing only the Olympic surfing in Tahiti, the logo that is not considered original, or the concerns of the police about the security during the opening ceremony on the Seine river. The organizers seem to be ready to welcome this great world event and are implementing all the means to ensure a smooth running. Speaking of world events, I invite you now to read my article about the fun facts of the Tour de France! 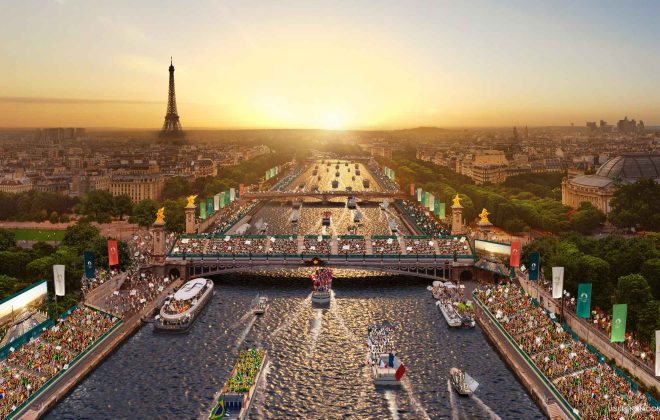